Evening in the Park 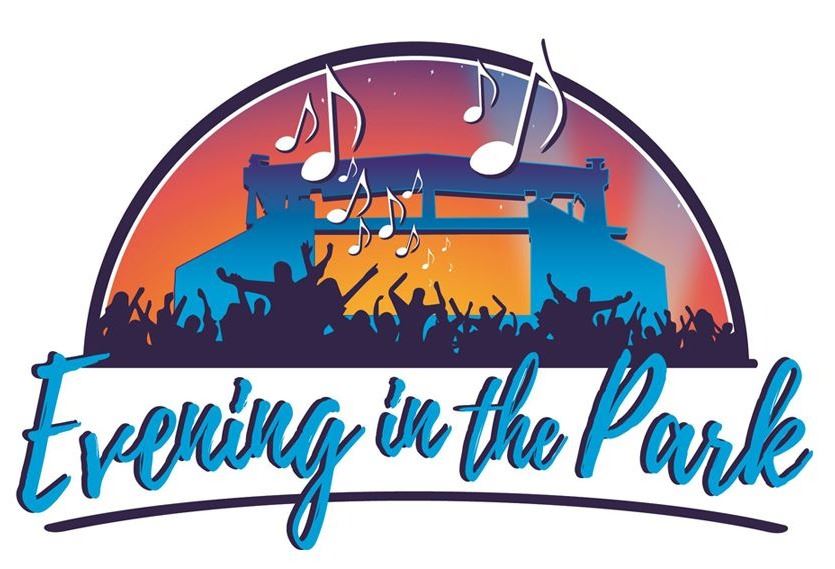 JCPRD wants to say "thank you" for your support of our parks, programs, and special events!

Join us for a free, laid back party in the park!  Bring your blankets, chairs, a ball/Frisbee, and enjoy time with your family and friends.  Sing, dance, or relax as you listen to the Short Round Stringband and The Matchsellers, for two hours of old timey, feel good, foot stomping music!. 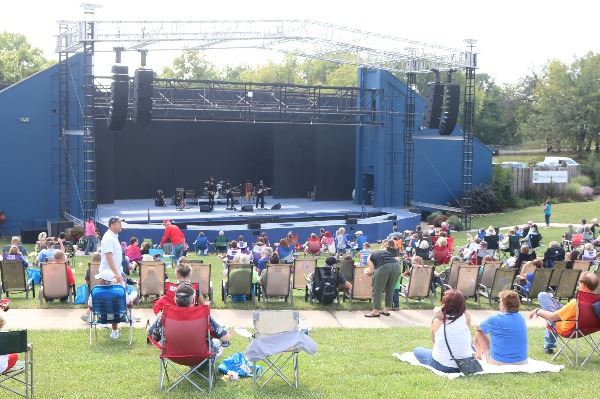 A movie will follow and is yet to be determined. Food, wine, and beer will be available for purchase, so bring your wallet and ID! 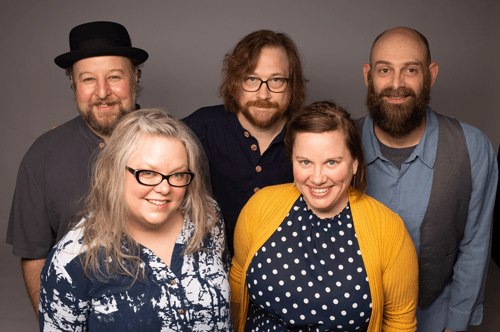 ...presents a revival of old-time, country and southern mountain music that’s fresh and relevant. Founded in 2017 by duos Betse & Clarke and The Aching Hearts, this pan-Missouri folk band enthralls new fans and long-time roots music devotees with their captivating personalities and consummate artistry.

A pan-Missouri band with a refreshing approach to old time music: Short Round Stringband is the coming together of two musical couples and a bassist with Kansas roots. The band members are Kelly Wells and Ryan Spearman (The 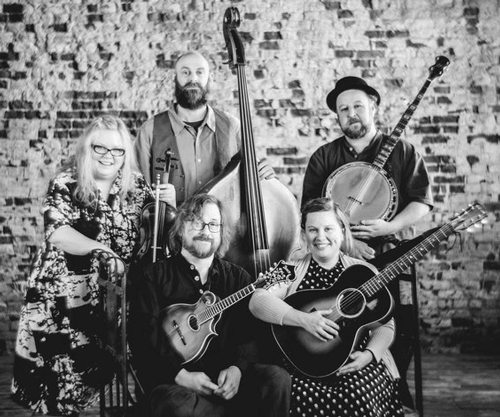 Aching Hearts, St. Louis), Betse Ellis and Clarke Wyatt (Betse & Clarke, Kansas City), and bassist Chris DeVictor (Konza Swamp and more). Ryan was a founding member of High on the Hog, and Betse co-founded The Wilders - both roots bands with years of touring and multiple albums. With deep connections to old-time, country and Ozark tunes and songs, Short Round Stringband takes you on a moving journey through the sounds and stories of the American experience. Their hard driving fiddle tunes will get you out of your seat. Their vocal duets will bring a tear to your eye, and their song arrangements and presentations showcase a passion for the depth of tradition with a look to new creative paths. And in between all of that, you’ll laugh at their madcap humor.

...are Warsaw, Indiana native Andrew Morris and Julie Bates of Kansas City, Missouri. Their exciting, gritty, and often hilarious stage show has been developed over years of touring across the US and Europe. The two met in 2012 while working as American 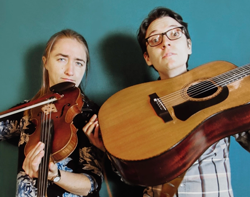 Cultural Ambassadors in Germany via the Fulbright Program and be 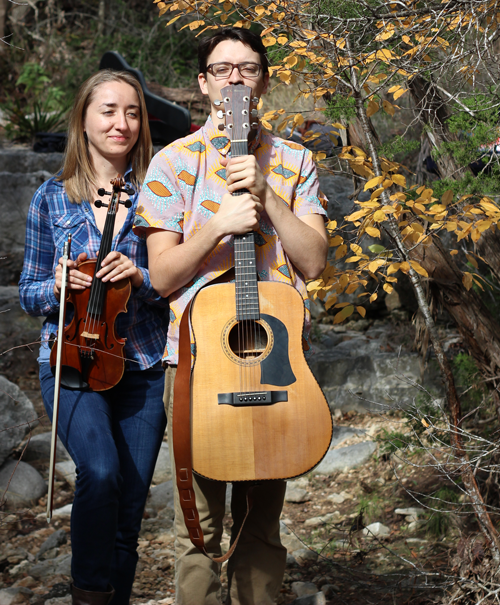 gan exploring traditional American music from abroad. Since then, they have collected influences from various regional styles of American folk music including Bluegrass, Old-Time Fiddle, Hambone, Fiddlesticks, Cajun, Gospel and others. Their work has delved into subjects as academic as “German-American Musical Exchange” and as wild as “Science Fiction Bluegrass”. While a focus on humor and absurdity permeates their show, they are dedicated interpreters of tradition whose excellent musicianship, songwriting and taste are never overshadowed.

“…a bluegrass sound and an idiosyncratic sense of humor…echoes of the Wilders’ bluegrass and Western Swing– and lyrics like nobody else in town… their brand new point of view is a refreshing surprise.”  – KCUR, Kansas City